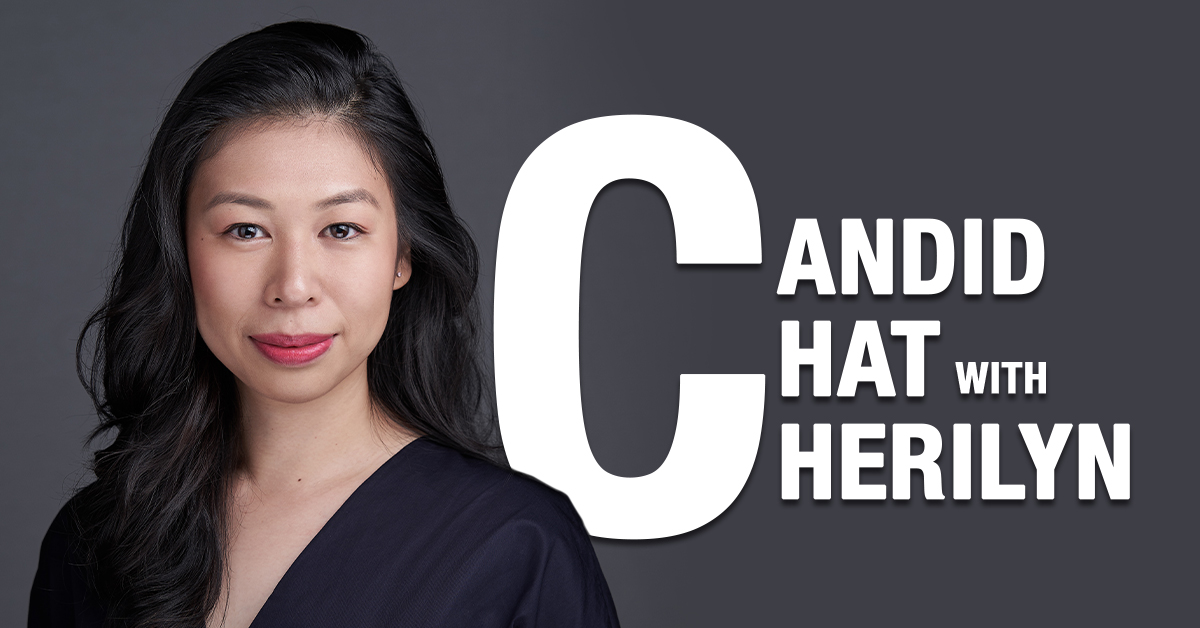 The Power Of Human Connections: A Candid Chat With The Sound Inside Director Cherilyn Woo

Adam Rapp’s gripping new play The Sound Inside, which examines how two brilliant social misfits become the unlikeliest of friends is now premiering in Asia. Having opened to rave reviews on Broadway, this intimate two-hander is directed for SRT by theatre director and writer Cherilyn Woo — who sat down to answer all our questions about the challenges of directing such a complex, delicate peace, and the lasting impact of meaningful connections on her life.

What about Adam Rapp's text and characters stand out to you the most?

I love how beautifully the play has crafted this portrait of connection between these two lonely people. That's something I hadn't seen or read in a long time. And this was one of those pieces that I couldn’t quite put down.

I rarely read scripts in one sitting, unless it’s captivating, but I read this one from start to end. It’s because Rapp builds up enough mystery within the text. Both Bella and Christopher wield their words carefully — since they are both writers, words are their friends, it’s what keeps them company and brings them comfort.

Given that The Sound Inside is a fairly new piece, what are some themes that audiences can expect to watch when they go into the theatres?

The big theme for me is about meaningful connections. When our two protagonists first meet, it’s hard to imagine how they could ever get along, but they end up forming this unlikely bond. It is through their love and passion for words, their books, that they can connect. It’s a wonderful piece about how art can bring people together.

Building and appreciating meaningful connections, and opening ourselves up to the possibility of more is crucial. They are life-changing and impactful, and that's what Bella and Christopher did for each other. 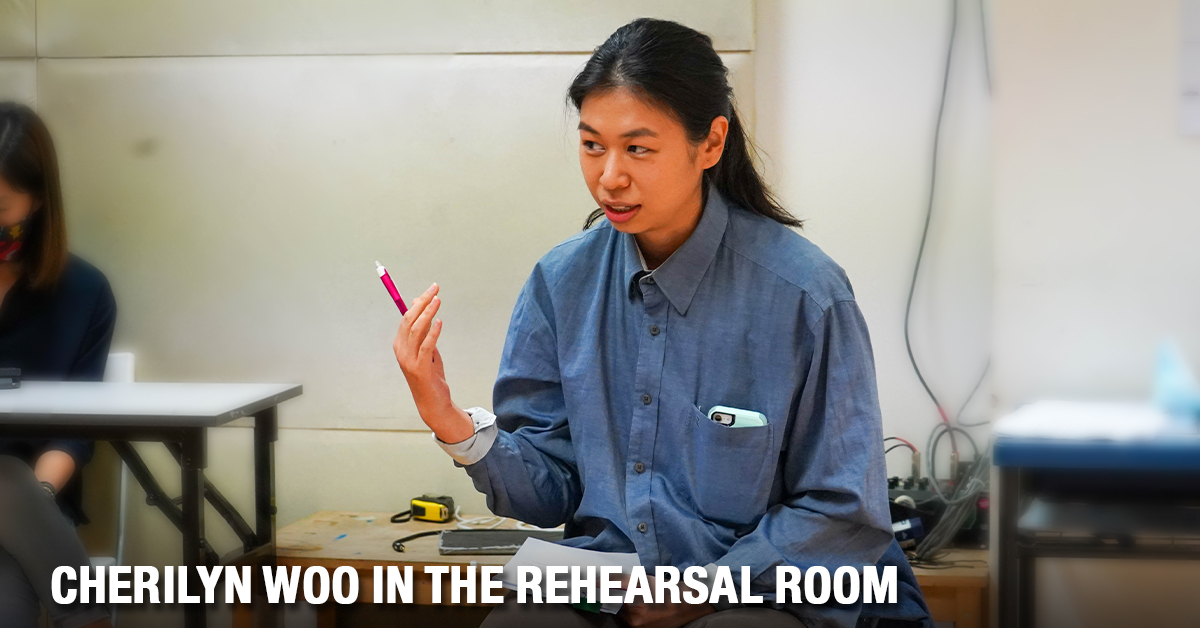 Does The Sound Inside differ from any of your previous directorial work, and if so, how? What are some of the challenges that come with the territory of directing a two-hander?

This is the first time I am working on a two-hander play. While I’ve previously directed Mandarin and The Little Company (TLC) plays, this is my first mainstage English show with SRT.

Doing a mainstage show is quite different than a TLC show, there’s a lot less song and dance. This show only has two people, so the focus and intensity are much more. It trains the brain to go deep and excavate the text. This script needs and deserves that microscopic gaze because there are so many pauses and silences, which hides what the characters aren’t saying, so it’s nice to dig into that.

What is your own relationship with connection, solitude and loneliness, and how does that inform any directorial choices you make?

When I think of solitude, I think back to when I lived alone for nine years. There are so many things you don’t realise by being in this isolated bubble. I noticed little things — like how if you live alone, and you put your water bottle in one place, it’s probably going to still be there in the morning. If you live with other people, it might move.

Living alone has prepared me to be open to connections of all forms. Just like other people have an impact on you, you too have an impact on them. The most isolating thing in life is if no one knew that you existed. However, if you open yourself up to other people, you won’t feel like you are the only one existing in your isolated little bubble. Your world also contains other people you've invited in — and they don’t need to be physically around all the time. 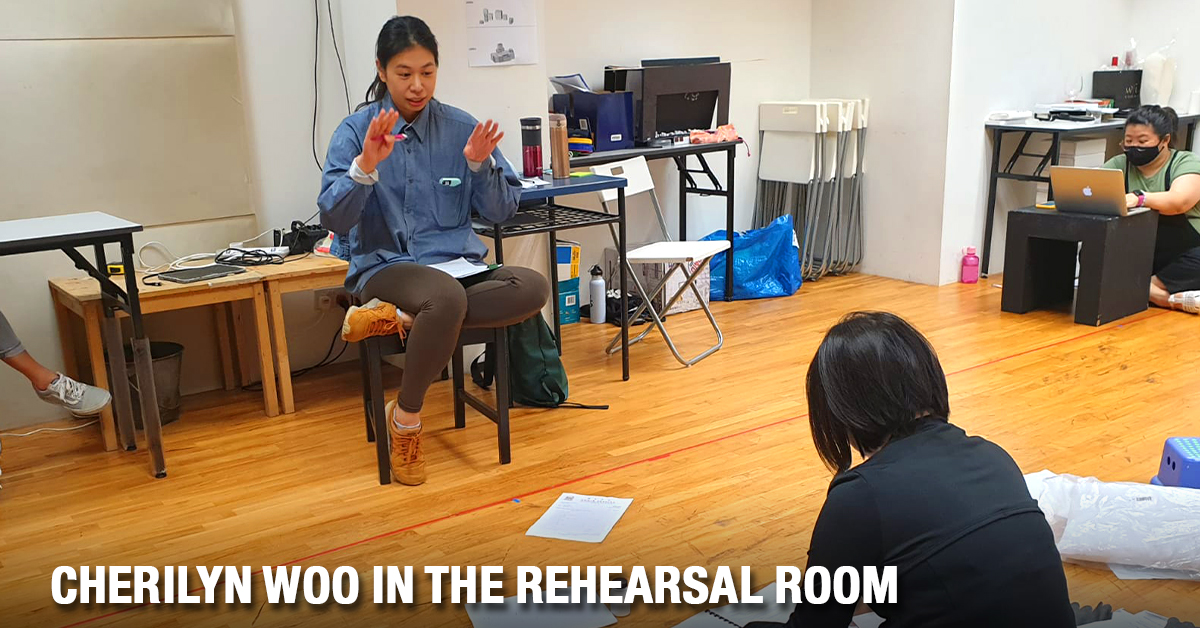 As a director, how did you prep yourself to tackle this piece?

I’m a visual thinker, so I like to collect a lot of images. I like a lot of sounds. For this piece especially, I think it was about what this collection looked like, felt like, and sounded like. I revisited certain pictures, images, and soundscapes. For instance, what would it sound like when two people meet for the first time? What does it sound like when they’ve left each other? What are the spatial relationships between two people?

I have plenty of conversations with the design team as well — I like to work collaboratively. For me, it’s important to have those discussions and see how they view the script as well. As a director, my job is to pull these different ideas together and create a cohesive piece.

And lastly, here’s everyone’s favourite question — why should people come and watch The Sound Inside?

It’s a touching, moving portrait about connection, and a reminder for us to appreciate those meaningful connections and their impact on our lives. It’s a wonderfully captivating piece, so please come watch it.

The Sound Inside runs at the KC Arts Centre – Home of SRT from 10th March 2021. Click here to book your tickets.