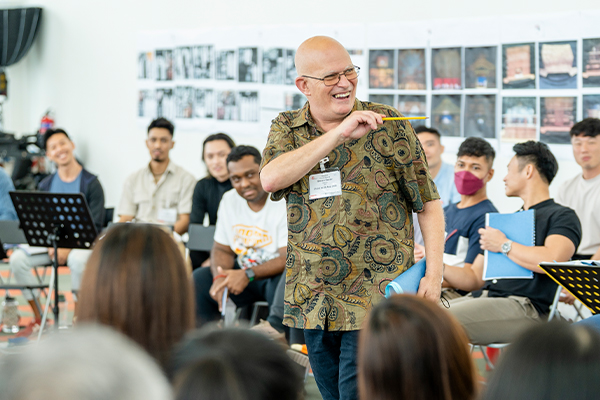 Musings on a journey in Singapore theatre

We finally caught up with the director of The LKY Musical, Steven Dexter. Read on to learn more about his thoughts on directing The LKY Musical for the second time!

My first show with SRT was Little Shop of Horrors in 1995.

Since then, I’ve done 14 productions with SRT! Sing to the Dawn was the first collaboration with Dick Lee, which is when I met Gaurav Kripalani as well. I would say, without the shadow of a doubt, that my Singapore highlights are the collaborations and friendships I have formed with the people here – Adrian Pang, Sebastian Tan, Dick LEE, Gaurav… I have fallen in love with this country, which I regard as my second home.

I’ve had the opportunity with SRT to direct numerous, very large-scale musicals, and new musicals. I helped shape Forbidden City in 2002 as I was involved with it right from the conceptual stage. With The LKY Musical, I would like to believe that, dramaturgically, I streamlined the piece so that the focus is on clearer, more emotional journeys for the characters. I love working with new material and appreciate these opportunties to do great, large-scale musicals with SRT.

I have enjoyed seeing the talent pool grow in Singapore. I definitely know that for Little Shop of Horrors, we had to fly in the stage managers, design team and numerous actors – while for The LKY Musical, I am one of only two people flown in. 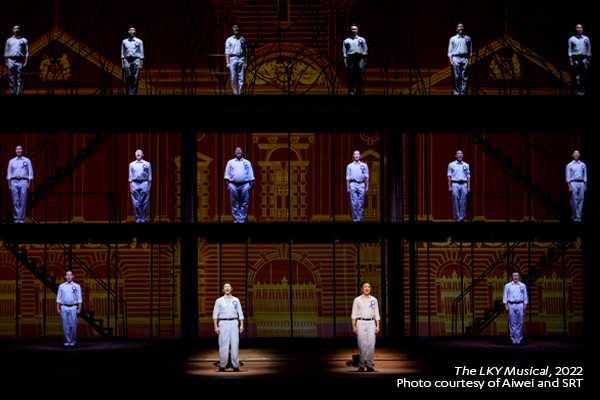 Over the years, I’ve also been able to facilitate a two-way cross-pollination and synergy between West and East, whether by setting up auditions in the UK for Singapore theatre students or introducing SRT to different directors and technical talent who have then come over and worked in Singapore.

Two of my creative collaborators on The LKY Musical Tony Petito, who wrote the book, and Steven Clark, who wrote the lyrics, are unfortunately not with us anymore. However, the present cast has contributed hugely to the latest rewrites, incorporating newly released material about the historical background of those times.

I think my directorial style has become all about empowering the actors and letting them be part of the storytelling process. With The LKY Musical, especially post-Pandemic, we have worked in a caring, nurturing and transparent way – which has produced a much, much stronger piece. We were a huge collective working towards the goal of producing a really good show that incorporated historical storytelling with a huge emotional heart. 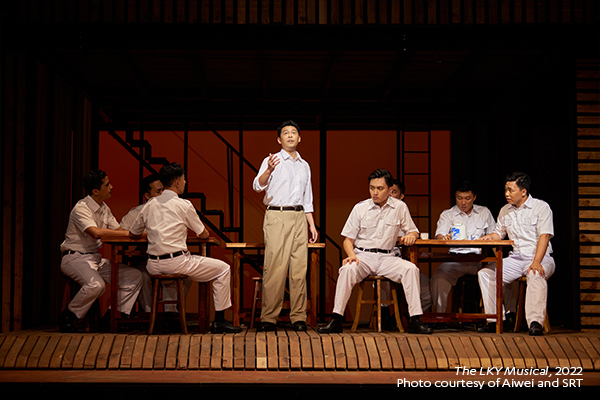 Everyone talks of going back to the past after the Pandemic, but why not move ahead instead? As Shakespeare said, all the world is a stage, so why should theatre only be produced in theatres? Moving forward, I think, there will be more experimental plays, immersive and events theatre, interactive plays, and storytelling taking place in non-conventional theatre spaces. In terms of new material, I suspect producers all over the world are going to focus on small-scale productions, take on less risk.

Yes, in that sense, a large-scale show such as The LKY Musical is a risk, but it is a musical that has been produced so successfully before. We did it first in 2015, and the great man himself had passed away that year. The pressure was incredible on all of us from Adrian Pang to myself, in this attempt to condense the events of history and a person’s life into a two-hour musical – and by bursting into song! I can honestly say that I was petrified how it would be received. The play is both intimate and epic, and the challenge was how to move from the long shot to the closeup. Directing it this time round has been such a collaborative experience, with the substance and details honed down to the heart of what each scene is about.

Every time I come to Singapore, I’m so grateful to be working here. I told Gaurav the other day that I’ve been directing many plays recently and would love to do a play here. For instance, I’m working on a three-hander of a couple who meet on the subway, and have been wondering whether it would work internationally in other cities such as Singapore. I would also love to develop a play in Singapore that I could take to the West End… So, I do hope this is not my last time in Singapore!