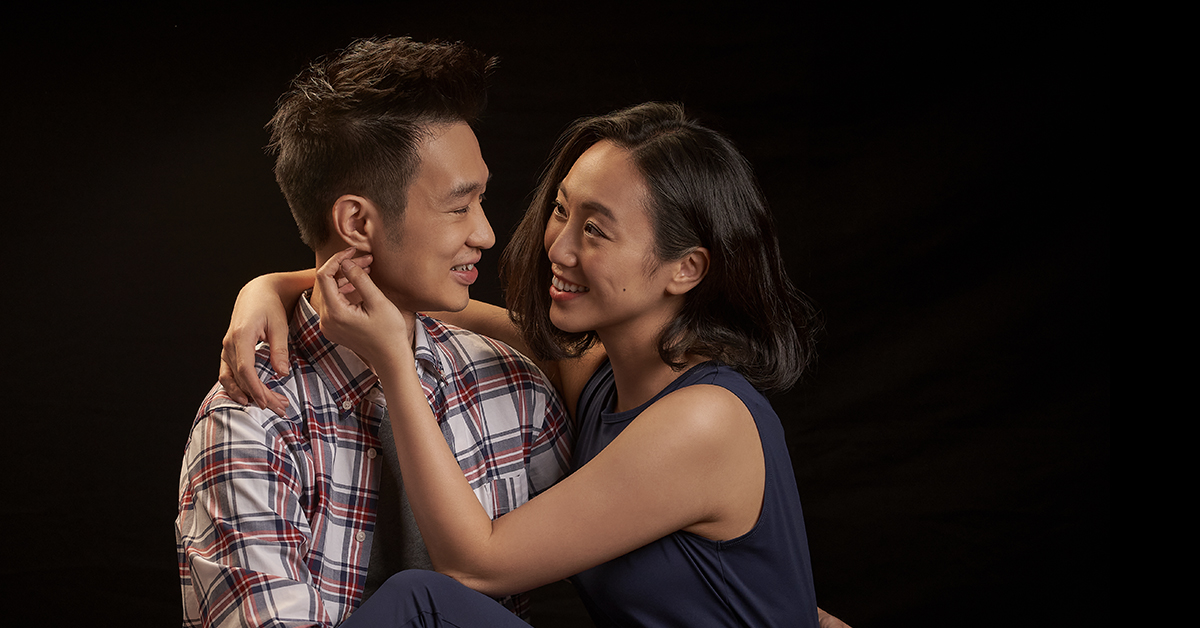 British playwright Adam Macmillan’s Lungs tells the story of a ‘everyday’ couple who grapple with the idea of having a baby amidst global uncertainty. The conversation that ensues is an anxiety-ridden rollercoaster that takes viewers through multiple looming issues such as climate change, social inequity, and political unrest. Director Daniel Jenkins - who needs no introduction - sits down to share his thoughts about the play.

Staying true to Duncan Macmillan's writing style, which is non-traditional and lacks typical play elements such as scene changes, stage directions, props, and the scenery is probably the biggest challenge. All we have is the dialogue to suggest where they are.

The other challenge is allowing these two characters to be as honest and truthful as possible. Because the play is devoid of any bells and whistles, it offers the opportunity for two people to be extremely truthful in moments of emotional pressure. The actors are encouraged to be as honest as they can, and respect the emotional journeys of their respective characters.

Carefully. We've been taking precautions to ensure that everyone involved in the rehearsals is safe. The team is small - there's me and my assistant director, the stage management team of two people and the two actors. All of us are masked and socially distanced when we're in the room.

It's funny because the play is about connections, yet the two characters are disconnected from each other. We've been playing with the idea of amplifying that disconnection not just physically but emotionally as well, in terms of blocking and staging. 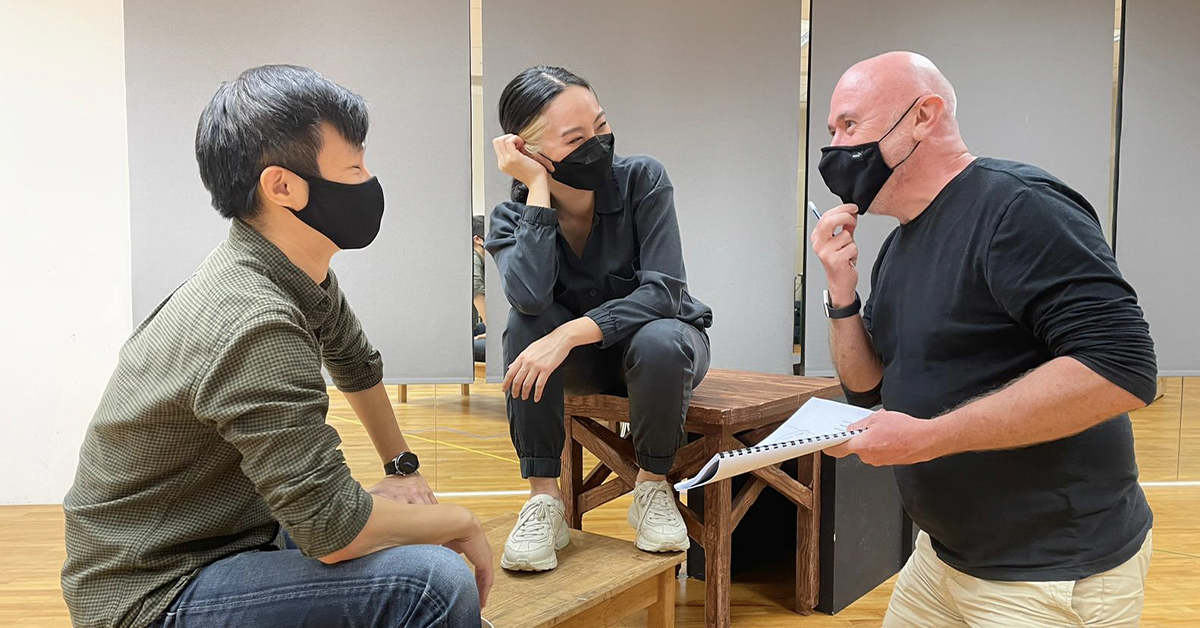 In the rehearsal room: Director Daniel Jenkins with actors Oon Shu An and Joshua Lim

Duncan Macmillan has written these characters to represent every man and woman, so he hasn't given them names, just initials. So the play and characters deal with issues familiar to modern audiences. It covers relationships, connections, and how we are attempting to relate to one another in a world that is chaotic and upsetting.

It touches on how young people are forced to live with an incredible amount of anxiety.

The environment is also a major theme. The couple discusses having a baby, how that would impact the planet in terms of emissions, and whether or not bringing a child into this tumultuous world would be the morally right thing.

The older you get, the more people think you know what you’re doing. The truth is, everyone is winging it. There isn’t a guide explaining how to do stuff and how to live.

Life is about trial and error. I’m a great believer in trying not to have regrets because there’s nothing you can do about all these “what ifs” - “what if this happens, what if I decided to do that”. You could spend your whole life worrying about the “what ifs”, but it won’t change anything.

Learn to embrace the decisions you make, whether they’re the right ones or not. Sometimes, things do not end up the way you want, and you can’t go back in time and make it work. You have to keep your fingers crossed and hope you’re on the right path.

If you’re going through a tough decision, talk to someone about it. Miscommunication and misunderstandings often arise because couples don’t talk about and aren’t open or honest with each other.

The couple in this play try so hard to understand each other and do what they think is the right thing. However, there are so many moments where they miss each other or get the wrong end of the stick and respond differently.

So, you need to communicate and be open with each other, even if it's difficult or painful to talk about these things. It's about empathising with the other person and taking stock of the whole situation, rather than deciding based solely on what you want.