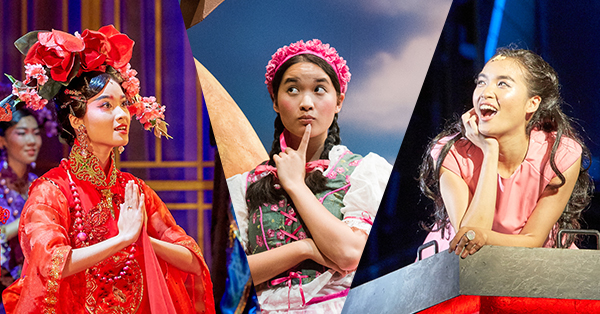 Cheryl Chitty Tan is no stranger to the SRT stage. She has played in many musicals on The Little Company stage and is known for her role as Yehenara on the Esplanade Stage in Forbidden City: Portrait of an Empress. As one of five teaching artists for Next Stage (end May 2020), Cheryl will be conducting a musical theatre masterclass for youths! But before that, let’s find out what has been her favourite SRT role and how she’s also a passionate voice teacher.

You’ve had quite the career so far. Tell us about it!

I started doing professional theatre in KL at 15 in a show called Little Violet and the Angel. At 18 I played Petra Stockmann in Enemy of the People before coming to Lasalle for a year, which was great but then I transferred to Wesleyan where I doubled in Music and Theatre. Mind blowing horizon expanding stuff. I played taiko and sang jazz for a while before I started working in Singapore. My first role was Red Riding Hood for SRT!

After Romeo and Juliet I got thrown in the deep end in TV with Faculty and I've since done Paddles Up, Derek 1 and Derek 2 and Code of Law. I also did a short film with Boo Junfeng called Parting, he is a genius.

OH and Westworld! I keep forgetting about that. I was in Westworld! 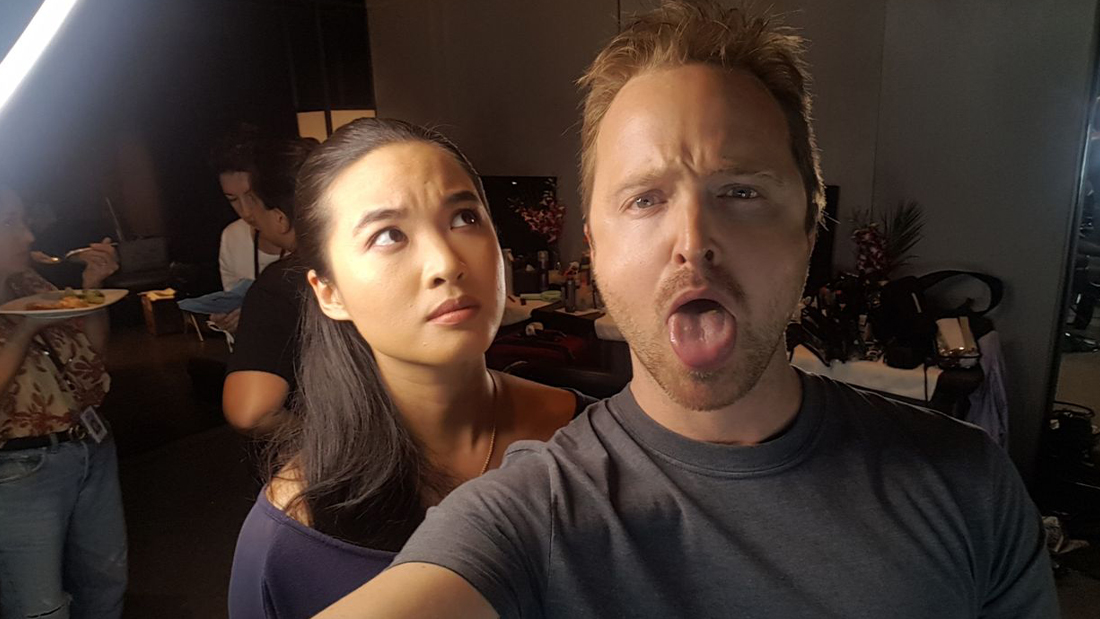 You’ve played numerous roles on the SRT stage, from Red Riding Hood on The Little Company stage to Juliet at Shakespeare in the Park. Can you share with us your favourite role and why?

So the obvious two choices would be Yehenara and Juliet right? Forbidden City was such a lush experience. Artistically, Juliet really symbolizes a turning point in my growth as an actor. I was completely not up to the task and I was falling on my face every day, but Jo Kukathas (Nurse) and Thomas Pang (Romeo) so generously trained and helped and pushed me and held my hand until I could kind of do it. It might be the most difficult, intense, rewarding thing I've ever done. But it's not my favourite SRT role.

My favourite SRT role, my favourite role that I have ever done, possibly my best work ever, has got to be Pengy the Penguin from Junior Claus. I just love him. He's my pride and joy. He is loudmouthed, excitable, earnest, belligerent and so STRANGE. Basically me, in other words. I mean they're all me, to some extent. Junior Claus shines in my memory as one of the happiest shows I've been in, and Pengy, I can't even describe Pengy, he was so playful and I guess I really felt like I could just be as weird and ridiculous as I like. As I am! People don't always let me be like that, you know?

I think if you ask people at SRT which role they remember me best for, it might seriously be Pengy. 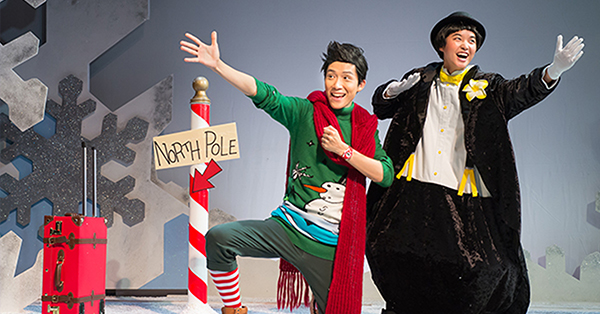 Apart from acting on stage, what else do you do?

I'm a very serious and passionate voice teacher! I trained at New York Vocal Coaching under founder Justin Stoney. I've been teaching since 2015 and it's such a humbling and rewarding profession, I love the purity of it. There's really nothing more incredible than when a student tells you they never ever thought they could sound that way, or they didn't realise singing high notes could be so easy, or that they're feeling so much more confident and happy. It's even better than being on stage sometimes.

Of course it's also nice when students win competitions or land auditions. But it's the journey that counts!

I've given workshops in Garden International School, Singapore American School, British School Kuala Lumpur and a bunch of other places, I'm doing Next Stage, a workshop with SRT soon as well (Find out more about Next Stage here)! I also teach acting, I just did an audition workshop with The Actors Society, amazing stuff.

I'm writing lyrics for a musical called Monster In The Mirror with Bitesize Collective, I've won Best Director and Best Librettist at Short and Sweet KL which is this great platform for people to practice creating 10-minute plays and musicals. I've produced before, I've ASM-ed before, I've done sound. I'm now trying to create a solo show with some friends, and it's super daunting.

How are you keeping busy during this Circuit Breaker?

Goodness I'm so busy now. At first I was mainly getting much more focused on the teaching business, I've been sharing my practice sessions online and doing live singing lessons with students on Instagram (@cherylchittytan) and that was really awesome and quite chill for a while. But I've also set some big goals for myself professionally so I'm really busy hustling, making tapes, chasing connections, working on my craft and preparing myself to level up. I signed up for a business course, and I have to start writing my show. It's terrifying. I always do this thing where I load way too much on my plate but I am trying really hard to be friends with failure, really be in a growth mindset and focus on resilience and consistency.

Cheryl Chitty Tan will be one of five teaching artists for Next Stage, a cutting-edge digital programme for developing young actors who are seeking to take their performance skills to the Next Stage! Click here to find out more!