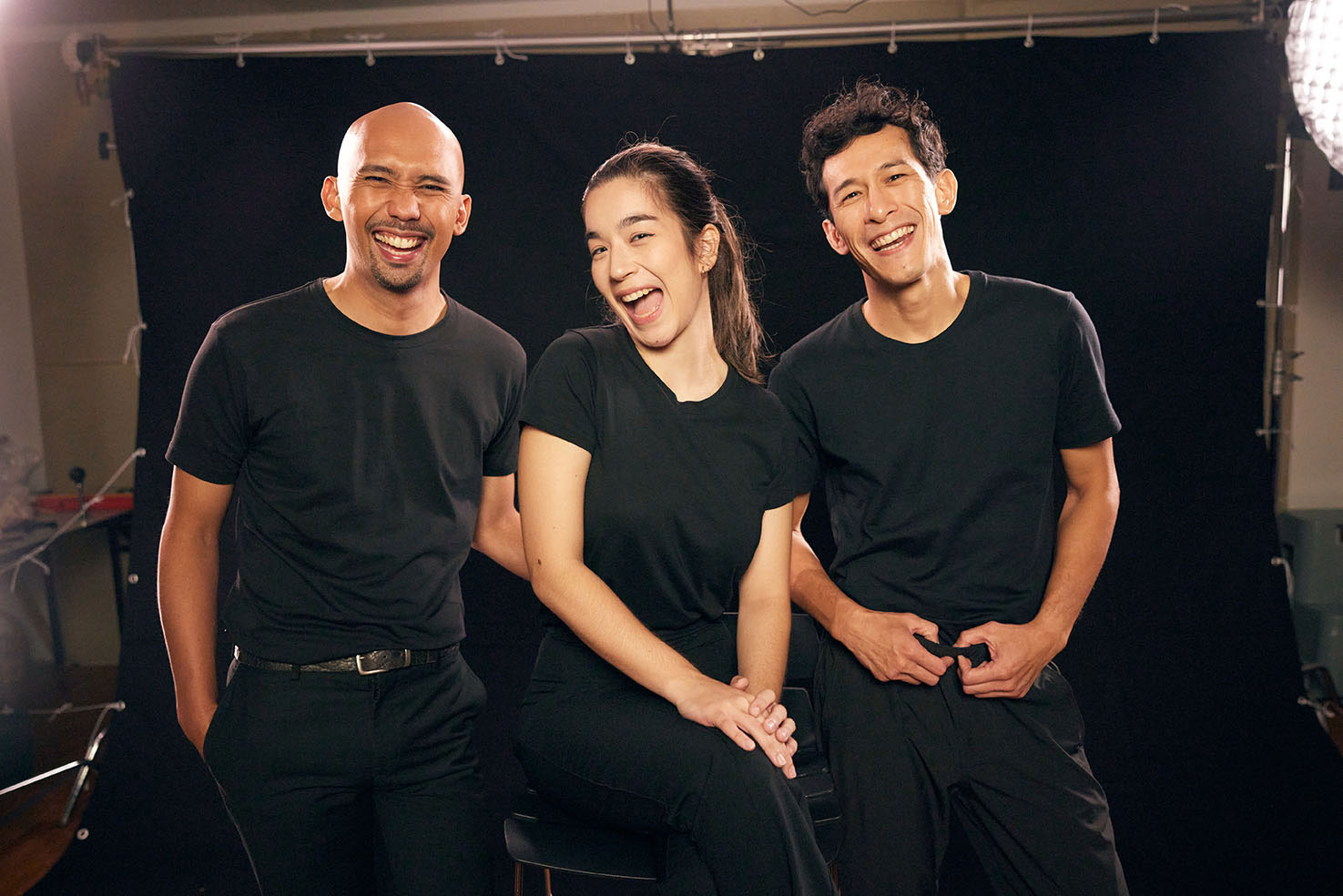 The cast and crew of The Complete Works of William Shakespeare (Abridged) have been as busy as bees at the rehearsals trying to cram all 37 Shakespeare plays in only 97 minutes. We managed to grab some time to speak to the three actors – Tia Andrea Guttensohn, Shane Mardjuki and Erwin Shah Ismail – on their take of the production.

1. How do your characters for this show differ from the more serious Shakespeare In The Park roles you've done in the past, and how are you preparing for the role?

Tia: Portia in Julius Caesar was very serious and died a quiet offstage death. I wouldn't say what I'm doing for this show is the exact opposite, but we're very close. My most common note from Daniel Jenkins is to "do less", so I suppose I'm focusing on finding the middle ground!

Shane: Hmmm. Since we are trying to do ALLLLL of Shakespeare's shows in 97 minutes, one big difference is that instead of going for clarity and being understood, sometimes, we are going for speed! SO that means, all the same intention and meaning....... but on jet fuel!!!

In preparing for this show, I cannot overstate the importance of CARDIO! It is tiring. My smartwatch always auto detects a workout at rehearsals. So one can prepare by either reading all 37 Shakespeare plays, or by jogging.

Erwin: No different, actually but we do talk a lot faster when we can afford to… because we only have 97 minutes, you know…

2. What's the one thing you like the most about your character? Do you even play one character?

Tia: I'm pretty sure I play more than 10, actually! And the one thing I love about all of them is that they honour and disgrace Shakespeare all at once.

Shane: I have lost count of the number of character's I play.  But I have a favourite for sure. Clitus, from Julius Caeser. For no better reason than that his name makes me giggle.

Erwin: What I love most about my character/s is simply the fact that I get to play them all. I had the pleasure to play the role of Mercutio in 2012 with Wild Rice. Now, I get to play all the other characters in The Complete Works of William Shakespeare! And it’s great fun! Watch to find out what they are!

3. In one sentence, share with us how much fun you are having and why should people come and watch the production?

Tia: I think the fact that my biggest concern about this show is never being able to perform it with a straight face speaks volumes. Come watch to see whether we ever manage to do it! (Yes, I know that was 2 sentences)

Shane: After watching this production, one can technically (but not entirely accurately) tell people, "Why yes, I have seen every single play Shakespeare wrote, haven't you?"

Erwin: The show will be a fun-filled time for you because as an actor AND stunt performer, I have never done a show that demands such dexterity, energy and stamina for 97 minutes straight until now.