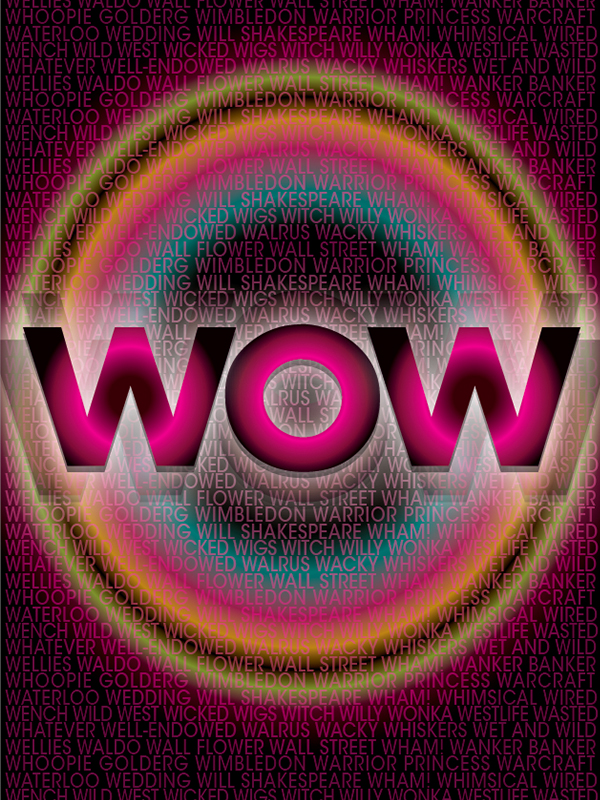 It is the one Ball in the year where everyone makes a huge effort to dress to theme, and starts dancing even before the main course it served.

WOW – The Theatre Ball by Singapore Repertory Theatre exceeded expectation yet again with stunning décor conceptualized by Olga Iserlis of Twise. Sponsored by W Hotel Sentosa Cove, this year’s theme was Psychedelic Wonderland with guests asked to come as their favourite character beginning with the letter ‘W’.

Willy Wonka, Where’s Waldo, Wild West, a green Elphaba from Wicked and even a couple of W.C.s could be seen, all of whom were welcomed at the start of the evening by SRT’s Artistic Director Gaurav Kripalani who was dressed as a psychedelic Mad Hatter from Wonderland. He said, “This is our 10th Theatre Ball. It’s always an exciting challenge to make the party even better than the year before.” He added, “Funds raised go towards helping SRT fulfill its mission of staging the best theatre in Singapore, so we are extremely grateful for everyone’s support.”

Guests entered the ballroom to an elaborate picnic laid out before them reminiscent of a modern Alice in Wonderland created by Executive Chef Matthew Woolford.

The silent auction had some of the most attractive prizes ever seen at a gala. MasterCard donated a four-night stay in Los Angeles for two to attend the Grammy Awards, one of only 10 such Priceless Experience packages like that in the world; Audi donated a four-night stay including two business class tickets to the North Cape in Scandinavia for a driving experience along the fjords. The funds raised from the auction go towards funding SRT’s new Education Department which besides creating resources for teachers and students, also conducts workshops in schools based on the play being performed as part of SRT’s Shakespeare in the Park series.

The organising committee comprising Olga Iserlis, Shareen Khattar-Harrision, Trina Liang, Claire Ngo, Paige Parker, Dick Lee and Gaurav Kripalani managed to sell all the tables in record time which resulted in a long waiting list to attend this year’s event. Based on the wonderful time had by all, you better reserve your seat for next year’s Ball now if you want to partake in the merriment, all in aid of a great cause.