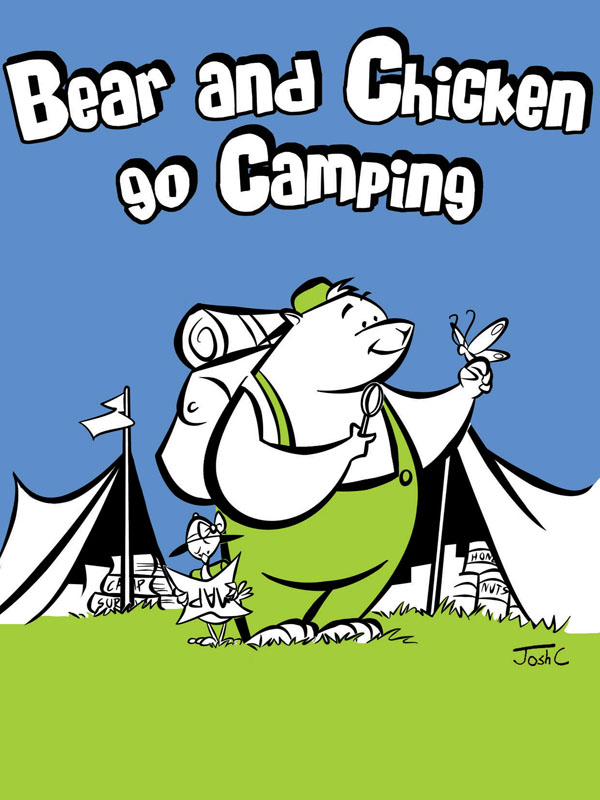 One night, best friends Chicken and Bear go on a camping adventure in the Great Outdoors. Armed with flashlights, marshmallows and peanut butter sandwiches, they find the perfect spot under a beautiful starry sky.

Throughout the night, they make lots of amazing discoveries about the world around us, like what makes a shooting star leap across the sky. And have you ever wondered where the sun goes at night? Or how crickets can make such loud noises? Join Chicken and Bear as they learn the answers to these questions and more!

Bear and Chicken Go Camping is the second part of a highly successful original series that began with When I Grow Up. You'll fall in love all over again with Bear and his special blue blanket, and Chicken who is one super brainy bird!