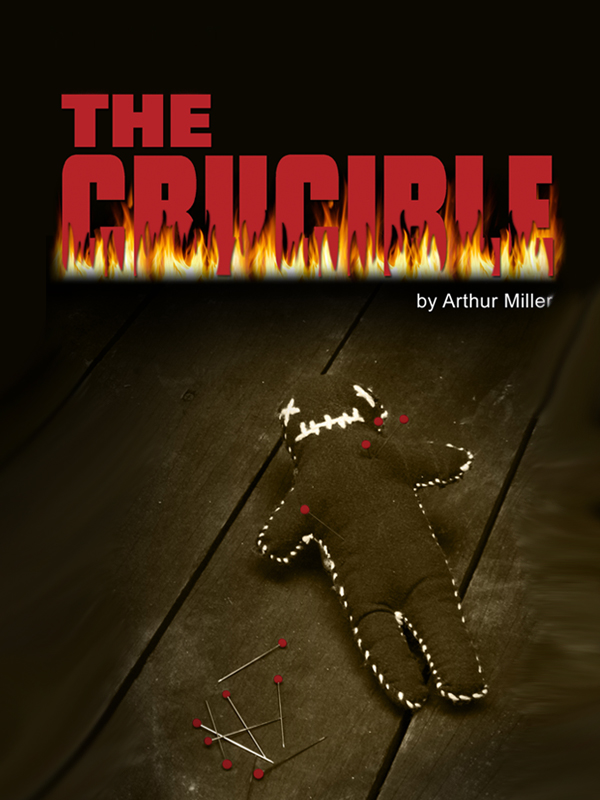 Arthur Miller's The Crucible is a powerful and timeless depiction of how intolerance and hysteria can tear a community apart.

A group of teenage girls gather in a forest one evening and are involved in an innocent conjuring of love potions in order to catch the eye of the young men that they desire. Guilt at being caught in the act drives them into a frenzy of accusations and they are forced to tell lies that Satan has invaded them.

In a moment of jealousy, Abigail, one of the girls involved, claims Elizabeth (the innocent wife of a man she is infatuated with and with whom she had an affair) is a witch. As the other girls pick up on the trick and start naming anyone they resented, lies and rumours spread among the deeply religious community and anyone opposed to the trials is denounced as a witch. Through their hysteria and false accusations, 19 innocent townsfolk are put to death as witches.

A tale of witch hunts, religious persecution, sexual revenge and social hysteria centered on the true story of the horrifying witch-hunts that occurred in Salem, Massachusetts at the end of the 17th century, this gripping play is a must-see for students and anyone who loves suspense and drama.